As you may know by now, Threshold will be governed by an eponymous DAO that will include the constituencies of both the Keep and NuCypher network. The teams, along with the participation of the Threshold community and an updated proposal, decided that a three-pronged approach based on Compound’s GovernorBravo was the system that best-suited our goals for representation and governance. The Threshold DAO has three primary bodies: Token Holder DAO, Staker DAO, and the Elected Council.

Each of these will hold the other two accountable, similar to the system of checks and balances found in most constitutional governments. They will also hold separate responsibilities that are embedded in the governance structure. A full breakdown of the DAO’s functionality is available.

Stakers held most of the voting power in the previous structure for both Keep and NuCypher given that it is the constituency with the most active capital. The Staker DAO in Threshold will continue to have an active, operational role and be responsible for approving or declining smart contract upgrades and certain protocol parameters. On the other hand, the Token Holder DAO will be in charge of managing the treasury, token issuance, and governance system changes along with holding veto privileges over Staker DAO proposals. Both the Staker DAO and the Token Holder DAO will be made up of T token holders and will have the ability to add proposals on-chain, delegate votes, and execute proposals.

Finally, we have the Elected Council. This last component to Threshold DAO is of particular relevance since the first council elections are coming up. The Elected Council will take care of setting staker rewards and vetoing proposals. Holding nine seats, the inaugural council will consist of four original Keep community members, four original NuCypher community members, and a mutually appointed independent member. In the future, the TokenHolder DAO will be responsible for votes electing and removing council members.

The process for the council elections is simple:

We should note that there will be grants for elected council members to compensate them for their time and analysis. The grant size will be determined and approved by the Token Holder DAO as an early proposal. This way the community can decide how much to pay our council members and it does not impact any inflation calculation on the Keep side

The resulting Elected Council will have the power to decide allocations on at least a quarterly basis once the elections are over. Moreover, it will have veto power as a last chance defense against passing dangerous proposals that hurt the protocol or negatively impact the DAO treasury. A veto can happen after a proposal has passed and is in timelock or while the proposal is still active.

Going forward, the Threshold DAO will continue to represent members through the Elected Council and the StakerDAO and Tokenholder DAO as we keep building the network. Get involved in the process by joining us on Discord!

Threshold provides a suite of threshold cryptography services that power user sovereignty on the blockchain. Subscribe to our blog to get updates.

What's in a Script? 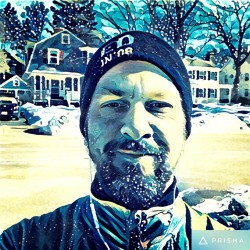